Elizabeth Chant, report on a trip to Madrid, Simancas, and Seville, April-May 2018

NB: the deadline for applications for travel scholarships in 2019 is 31st January!

Thanks to the generosity of Coll & Cortés and ARTES, earlier this year I was able to visit Spain in order to conduct essential research for my doctoral thesis. My work explores the development of geographical understandings of Patagonia, initially in the Spanish Empire, and later in Argentina and Chile. I use a range of cultural media including literature, historical correspondence, and cartography, the latter being the focus of this trip. Spanish imperial maps of Patagonia tell a complex story of colonial violence, indigenous resistance, and contested sovereignty. They are central to the establishment and maintenance of Euro-Western Patagonian mythologies of barbarity and desolation. They also shed light on the origins of Argentina and Chile’s expansionist aims in the 19th century, another key consideration of my project. 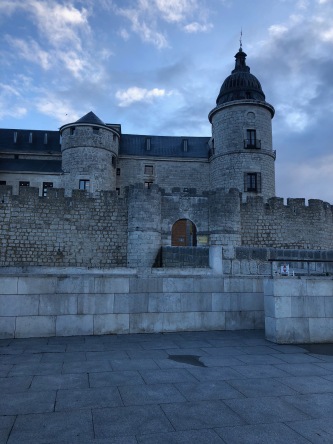 Spain’s initial efforts to establish a settlement in Patagonia during the 1580s were gravely unsuccessful. A second large-scale attempt was fielded beginning in 1779 on the Atlantic coast of modern-day Argentina, and this event heralded a renewed cartographic interest in the region. I set out to consult the materials produced in the wake of said project during my time in Spain. Through this research, I wanted to amplify my cartographic corpus, and to better understand the pressing need for geographical information at this crucial juncture prior to Argentinean and Chilean independence.

I began by visiting the Archive of the Museo Naval in Madrid. This was particularly useful for gathering primary cartographic materials. The highlight of my whole trip was finding eminent Spanish Pilot Alejo Berlinguero’s 1796 Descripción geográfica de las costas patagónicas… here. I was aware of Berlinguero’s watercolours painted during his voyage to Patagonia in the 1760s, but I did not know that he had produced a complete map of the region. It is without doubt one of the most important cartographic depictions of Patagonia to exist prior to Argentine and Chilean independence. Produced in the aftermath of Spain’s second colonisation project, it maps the region in considerable detail, and is telling of the urgent need for accurate information regarding the Patagonian interior. This map has become one of the focal pieces in the first chapter of my PhD, and I am extremely grateful to both Coll and Cortés and ARTES for enabling me to locate it.

After Madrid, I went to the Archivo General de Simancas, Valladolid and then to the Archivo General de Indias, Seville. In these locations, I was looking for information regarding another important Spanish map of Patagonia, José Custodio de Sá y Faría’s 1786 Descripción geográfica de la costa patagónica…, an important companion piece to Berlinguero’s portrayal. Both of these archives house copies of said map. Consulting the corresponding documentation has been essential for understanding its context of production, and for comprehending the profound Spanish concerns regarding sovereignty in both Patagonia and the wider mar del Sur. I was able to read the accompanying letters that Sá y Faría sent to the then-Viceroy of Buenos Aires, the Marquis of Loreto, in which he argues for the continued maintenance of the colonisation project in spite of the considerable number of deaths and difficulties experienced. I was also able to locate the travelogue from Berlinguero’s voyage to Patagonia upon which his 1796 map was based. Further, in the Archivo de Indias I discovered perhaps the earliest Spanish map to use the toponym ‘Patagonia’ (1750), another significant find for my thesis. 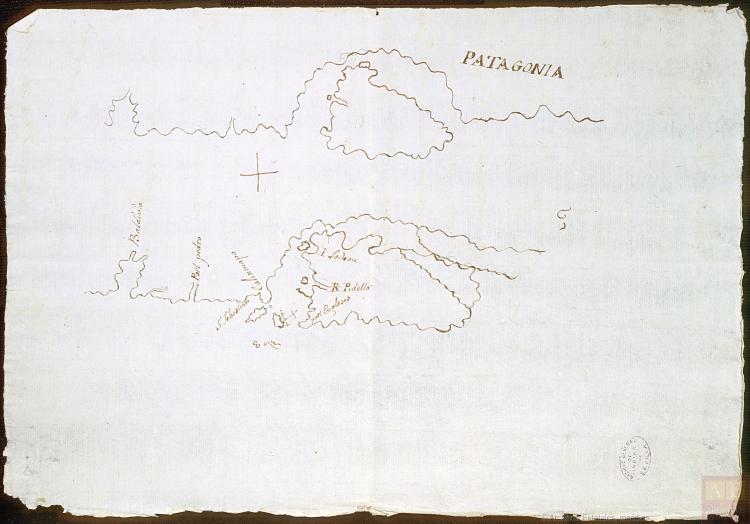 The Coll and Cortés Travel Scholarship allowed me to encounter material that I would never have found had I been limited to working in the UK. I am currently working on an article comparing the Berlinguero and Sá y Faría maps, which will seek to highlight the importance of these until now overlooked pieces.