On 19 November 1819 Ferdinand VII of Spain inaugurated the Museo Real de Pinturas. Over the following two centuries, the new institution would turn into the Museo Nacional del Prado, one of the world’s most visited museums with an unparalleled collection of around 8,200 drawings, 7,600 paintings, 4,800 prints, and 1,000 sculptures.

The Museum will celebrate its anniversary with several exhibitions and events over the course of the year. Highlights of the programme are:

This exhibition opens the anniversary celebrations by offering a survey of the museum’s history that focuses on the dialogue between the Museum and society; heritage policies in Spain; the trends that have guided the growth of the museum’s collection and its transformation into a place that has allowed Spanish and foreign writers, intellectuals and artists to reflect on the country’s past and its collective identity.

Velázquez and the Golden Age, CaixaForum, Barcelona, until 3 March 2019

Art at the court of Philip IV was an international language devoid of local boundaries. The work of Velázquez after 1623 is best understood in this international context. He was deeply influenced by paintings in the royal collections, especially works by Titian, Tintoretto and Rubens. One of his key experiences was the trip to Rome in 1629 where he encountered classical and Renaissance art and established contacts with his contemporaries in Italy. The exhibition underscores such internationalism through a selection of 61 paintings associated with Velázquez, the Spanish royal collections and the Spanish Golden Age. More than twenty of these works were painted by Italian, Flemish and French artists, including Titian, Rubens, Luca Giordano, Jan Brueghel, Anthonis Mor, Giovanni Lanfranco, Claude Lorrain, Salvator Rosa, Massimo Stanzione and Guido Reni. Spanish artists are represented through works by Ribera, Zurbarán, Murillo, Alonso Cano, Pereda, Maíno, Sánchez Coello, Mazo, Van der Hamen and others. 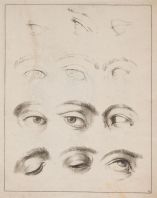 This exhibition focuses on Spanish drawing manuals of the 17th and 18th centuries, locating them in their international context. These rare and innovative manuals responded to changing trends in the theory and practice of art. While such learning aids were produced across Europe, this exhibition will highlight the unique features of Spanish examples through works by José de Ribera, Pedro de Villafranca y Malagón, José García Hidalgo, Friar Matías de Irala and José López Enguídanos.

This exhibition is the result of the research undertaken for the publication of a new catalogue raisonné of Goya’s drawings, a subject to which the Museo del Prado has always devoted particular attention and which is one of the keystones of its collection. The exhibition will bring together more than 100 drawings by Goya from the Prado’s own collections and from public and private ones around the world. It will be presented as an extensive chronological survey of the master’s oeuvre, ranging from the Italian Sketchbook to the Bordeaux Albums. It will also offer an up-to-date vision of the ideas that recurrently appear in Goya’s work, revealing the ongoing and long-lasting relevance of his thinking.

The exhibition will reveal the artistic personality of two of the most outstanding women artists in western art. Through a total of 60 works and for the first time, the Museo del Prado will jointly present the most important paintings by Sofonisba Anguissola (c. 1535–1625) and Lavinia Fontana (1552–1614). The two artists achieved recognition and fame among their contemporaries for and despite their status as female painters. Both were able to break away from the prevailing stereotypes assigned to women in relation to artistic practice and the deep-rooted scepticism regarding women’s creative and artistic abilities. In particular, Sofonisba Anguissola had close connections with the Spanish court as tutor to Queen Elizabeth of Valois and later official court painter to King Philip II. 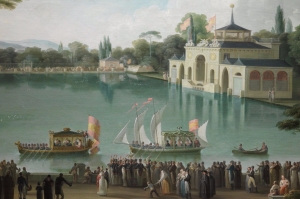 This exhibition project will recreate the original aspect of Room 39, known as Their Majesties’ Retiring Room. First opened in 1828, it was intended as a portrait gallery of the Bourbon Dynasty. The images on display were accompanied by still lifes, floral compositions and landscapes and by other paintings that depict events from the reigns of Charles III and Ferdinand VII. This installation will recreate the hanging of the paintings at different heights and will include some of the furnishings made for this space, including Ferdinand VII’s toilet.

This exhibition on late 16th- and early 17th-century Dutch and Spanish painting is the result of an extensive and important research project on the part of the Museum arising from a collaborative agreement with the Rijksmuseum in Amsterdam, which will be lending a significant group of works. The exhibition will offer a reflection on the pictorial traditions represented by Spain and the Low Countries. While Dutch art-historical literature has considered these traditions as essentially different, this exhibition will aim to juxtapose the historical myths and artistic realities of the two countries and to reflect on the numerous traits that they share. In order to appreciate these parallels the exhibition will include major works by artists such as Velázquez, Rembrandt, Ribera, Frans Hals and Vermeer.

Permanent Displays and Other Projects

Prado 200 is a new feature within the museum’s permanent display. This installation is presented as nine chronological sections which will present the museum’s history with an emphasis on its architecture, public image and its principal exhibitions and activities. Curated by Victor Cageao, it will include works of art and documentary material from the permanent collection and from the holdings of the Museum’s archive and library (paintings, sculptures, prints, photographs, documents, architectural models, plans, etc.), displayed in Rooms 100, 101 and 102 of the Villanueva Building. It will be accompanied by a specially designed online timeline providing access to graphic and technical documentation on the Museum’s history.

The video Memoria audiovisual del Museo del Prado present a selection of films and other television programmes filmed in the Museo del Prado, from 1907 to today. Voces del Prado. Una historia oral collects the oral history of the museum through interviews with employees, from the 1940s to today.

On Tour through Spain, various locations, until 8 December 2019

As part of the project De gira por España, important works from the Prado collection will be on loan to a series of provincial museums, one for each of Spain’s autonomous regions or autonomous cities. Click here to find an interactive map of the loans.

ARTES plans to join the party and organise events to celebrate the Prado’s birthday, for example in this year’s Glendinning lecture, by Javier Barón, Two Masters of the Prado: Velázquez, El Greco and Modern Painting. We have also changed our cover image to El Museo Del Prado, a painting by José Franco Cordero dated to c. 1890. The work, in the collection of the Madrid’s history museum, shows the Museum’s north façade before the construction of a new entrance designed by Francisco Jareño and completed around 1892. The church of San Jerónimo el Real is visible in the background. Click here for more information on this work.