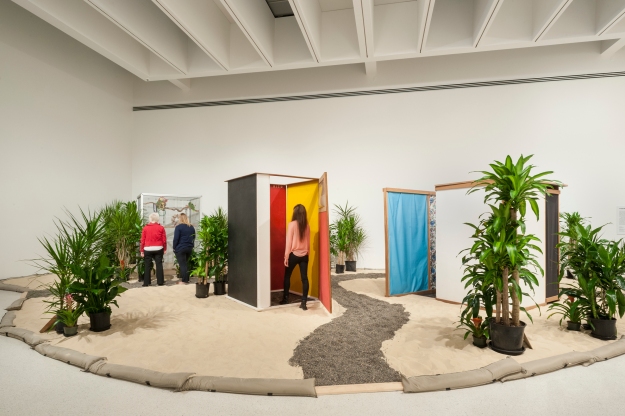 Final venue of a tour around America for this exhibition, considered to be the first comprehensive retrospective in the USA of the Brazilian artist (1937-1980). Ranging from geometric paintings to immersive interactive environments and wearable works of art, the exhibition is also the first to explore in depth his New York years (1971-78) and his return to Rio (1978-80).  It includes a restaging of his installation Eden, which was first revealed at the Whitechapel Art Gallery, London, in 1969, and which included a pool of water, a sand-box in which visitors were encouraged to sit and a tent where the audience could listen to music and read magazines. Eden was an expression of Oiticica’s view that in order to encourage creativity one needed time to relax and think. The installation is reconstructed with help from the artist’s nephew César Oiticica Filho, the curator of the Project Hélio Oiticica in Brazil. A fully illustrated catalogue covering the artist’s entire career with essays by authors from the USA and Latin America accompanies the exhibition. 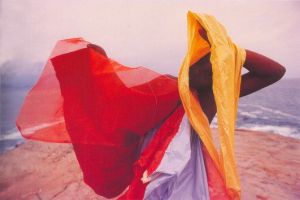 Hélio Oiticica: Propositions, Irish Museum of Modern Art, Dublin, 19 July – 5 October 2014. A major retrospective exhibition of the work of the internationally renowned Brazilian artist Hélio Oiticica (1937–1980), whose innovative interactive and experiential artworks have influenced many contemporary artists.
Visitors will be encouraged try on his wearable ‘Parangolés’ and enjoy dressing up as a mobile sculpture. The exhibition has been co-curated by the artist’s nephew, César Oiticica Filho.