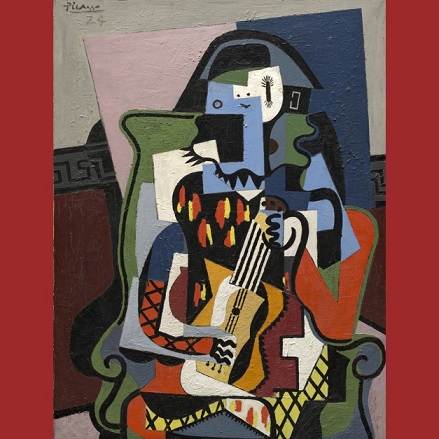 Exhibition (having toured from the Barnes Museum, Philadelphia) inspired by CMA’s  Picasso Still Life with Compote and Glass, 1914–15. It features some 50 works drawn from major museums and private collections from around the world. The exhibition explores how Picasso’s work was affected by the tumultuous years of the First World War, when the artist began experimenting with both cubist and classical modes in his art. Important canvases by Picasso’s contemporaries—including Henri Matisse, Amedeo Modigliani, and Diego Rivera— are also shown. The exhibition also features four costumes designed by Picasso for the avant-garde ballet, Parade, which premiered in Paris in 1917 and was the first cross-disciplinary collaboration of its kind. Picasso was the first avant-garde artist involved in such a production. The exhibition will be reviewed by The Burlington Magazine post July 2016. As a complementary display to the main exhibition the CMA will also be showing Pablo Picasso: 25 Years of Edition Ceramics, created by the artist in the decade following 1946 in collaboration with Georges and Suzanne Ramie of the Madoura pottery.