At the start of the civil war, Constantino Suárez was a 37-year old professional photographer. 36-year-old Florentino López, known as Floro, owned a shop selling groceries, typewriters, and phtographic material. The two never met, yet between July 1936 and October 1937 both portrayed the conflict from the perspective of their different cities—Gijón y Oviedo—and sides—Suárez was active on the republican front, while López lived in a besieged city always controlled by the Nationalist rebels. Entitled ‘Frente a Frente’, a play of words on the ambiguity between ‘el frente’, the front, and ‘la frente’, the forhead, this exhibition at the Museo Nacional de Antropología presents photographs in the collection of the Museum of the Asturian People (Gijón), focusing on the similarity of subject rather than on differences in politics and outcome.

Eighty years have passed since the end of Spain’s most recent Civil War (1936–1939), but its traumatic legacy continues to cast a long shadow over the lives of generations of Spaniards. The dictatorship of Francisco Franco kept the wounds of the conflict open and raw. In the wars that raged across Europe from the 1930s onwards, the armies on the battlefield fought alongside the civilian population, which unfortunately took centre stage as the greatest victim of the violent conflicts. This exhibition shows different aspects of life during wartime in Asturias, among both civilians and combatants, between July 1936 and October 1937, when the fall of Gijón marked the definitive defeat of the Republican Northern Front. The images captured by these two photographers are similar in ways that transcend their attachment to the two opposing sides in the war. Both depicted the same society caught up in conflict. What they found was something in common: the same destruction, the same pain, the same suffering, but also the same wish to have life go on despite it all.

Click here for an article on the exhibition, published on 23 July in El País.

Exhibition of more than 200 photographs by twentieth-century Latin American artists, selected from the extensive holdings of the London and Morocco-based collectors Leticia and Stanislas Poniatowski. The exhibition was first shown at the Rencontres d’Arles festival 2017. Among the photographs are monochrome works by the contemporary Mexican photographer Carlos Somonte, who is a lifelong friend and colleague of the film director Alfonso Cuarón, and covered the shoot of Cuarón’s black and white Oscar-winning film Roma.

Weavers of the Clouds. Textiles from Peru, The Fashion and Textile Museum, 21 June – 8 Sep 2019, brings the captivating art and textiles of Peru to the UK, showcasing some of the world’s oldest and most colourful designs. The exhibition features rarely seen objects from private collections and national museums, including full costumes, tapestries, paintings, photographs, illustrations and accessories. It examines the vibrant applied crafts, heritage and traditions of Peru, celebrating the culture and customs of the artisan and their influence on design, fashion and beyond. Each geographical region is associated with a different technique or application; the exhibition will feature weaving from the Central Highlands, felting created in the North, floral embroidery produced in Ayacucho in the South West, knitwear originating in the Highlands and machine embroidery from the Colca Valley. Exhibition highlights include a 16th-century Quipu – knotted fibres used by the Incas as a form of communication – and a four cornered hat, dating from 600 AD. A rare pre-Hispanic tunic created in orange, yellow and blue macaw feathers is displayed alongside a sequined waistcoat emblazoned with birds and flowers and a Shipibo costume from the Amazon Rainforest, embroidered to reflect the astrological map. Tapestries and weaving from a private collection include a ceremonial tunic created using a Scaffold weave; one of the most unusual weaving techniques in the world, previously existing only in the Andean region of South America. Despite dating back to 800 AD, the influence of these techniques can be seen across hundreds of years; in particular in the works of Bauhaus designers Gunta Stölzl and Anni Albers.

The costumes and textiles on display are complemented by a selection of varied and engaging photographs by Marta Tucci, Max Milligan and Sebastian Castaneda Vita. Also on display are postcards by influential photographer Martin Chambi. Chambi was one of the earliest known indigenous Latin American photographers, whose black and white postcards, featuring images of the indigenous people of Cuzco and their costumes, helped to disseminate knowledge of Peru in the 20th Century. Postcards were an important part of Chambi’s practice; a selection of examples, dating from the 1930s, are being presented in re-creation of his iconic studio.

The Fashion and Textile Museum is a contemporary fashion museum in Bermondsey, London. Founded by British designer Zandra Rhodes in 2003, the museum is part of the Newham College of Further Education, and is open Tuesday-Sunday.

Jean Laurent, known in Spain as Juan Laurent, is a fundamental figure in the history of Spanish photography and one of the pioneers of the medium in Europe. Born in Burgundy, Laurent moved to Madrid from Paris in 1844. In 1856 he opened a studio at 39 Carrera de San Jerónimo, previously the address of Charles Clifford, another famous early photographer. Laurent’s photographs portrayed Spain at a time of great political, social and cultural change. The holdings of his company, Casa Laurent y Cía, were acquired by the Ministerio de Cultura in 1975. This exhibition offers a wide-ranging introduction to this vast personal collection.

The photographs of Graciela Iturbide not only bear witness to Mexican society but express an intense personal and poetic lyricism about her native country. One of the most influential photographers active in Latin America today, Iturbide captures everyday life and its cultures, rituals, and religions, while also raising questions about paradoxes and social injustice in Mexican society. Her photographs tell a visual story of Mexico since the late 1970s—a country in constant transition, defined by the coexistence of the historical and modern as a result of the culture’s rich amalgamation of cultures. For Iturbide, photography is a way of life and a way of seeing and understanding Mexico and its beauty, challenges, and contradictions.

This is the first major East Coast presentation of Iturbide’s work, featuring approximately 125 photographs that span her five-decade-long career. Organised into nine sections, the exhibition opens with early photographs, followed by three series focused on three of Mexico’s many indigenous cultures: Juchitán captures the essential role of women in Zapotec culture; Los que viven en la arena (Those Who Live in the Sand) concentrates on the Seri people living in the Sonoran Desert; and La Mixteca documents elaborate goat-slaughtering rituals in Oaxaca, serving as critical commentary on the exploitation of workers. Thematic groupings highlight Iturbide’s explorations of various aspects of Mexican culture, including fiestas, death and mortality, and birds and their symbolism. Her more recent work is presented in two series related to Mexico’s cultural and artistic heritage, featuring plants—mainly cacti—in “intensive care” at the Oaxaca Ethnobotanical Gardens, as well as El baño de Frida (Frida’s Bathroom), a selection of photographs in Gallery 335 depicting personal belongings in Frida Kahlo’s bathroom at the Casa Azul that had been locked away for 50 years after the artist’s death.

Iturbide’s powerful and provocative photographs are anti-picturesque, anti-folkloric. Her work embodies her empathetic approach to photography and her deep connection with her subjects, asking questions through its capacity for imaginary associations. Drawn primarily from Iturbide’s own collection, Graciela Iturbide’s Mexico also includes the Museum’s recent acquisition of 37 works by the artist, as well as loans from museums and private collections throughout the US and Mexico. The exhibition is accompanied by an illustrated catalogue produced by MFA Publications.

Click here for more information on the exhibition, and here for the accompanying publication

As part of the 20thanniversary edition of the mass photography display of contemporary and historic works, PHotoESPAÑA (6 June-26 August 2018, venues across Madrid, Barcelona and in Valencia), the Museo Lázaro Galdiano in Madrid will open an exhibition Descubriendo a Luis Masson commemorating the work of the French 19th-century photographer Luis Masson (born 1825), who produced a complete topographical photographic study of Spain and was also noted for his photographic reproductions of the works of Murillo. Masson established himself in Seville in 1858 with his wife, Lorenza Simonin, with whom he worked over the next eight years producing a wide range of architectural photographs, some stereoscopic, of Seville and other Andalucian cities and monuments, working in particular for the Duque de Montpensier. In 1866 he moved to Madrid, recording from there the cities of Toledo, Ávila, Valladolid, Salamanca and Burgos, before returning to Seville at the end of the 1870s, where he was last recorded in 1881.The photographs are selected from the private Colección Fernández Rivero de Fotografía Antigua, which owns about 35,000 original photographs ranging from the 1840s through to the early decades of the 20thcentury. It focuses its collections on Spanish images and in particular photographs created in Andalucia, with a special section on Málaga and its province.  The exhibition was previously shown (January-March 2018) at the Centro Andaluz de la Fotografía, Almería. An accompanying monograph by Juan Antonio Fernández Rivero and María Teresa García Ballesteros, Descubriendo a Luis Masson, fotógrafo en la España del XIX which inventories 511 of Masson’s photographs was published by  Ediciones del Genal, Málaga in 2017. 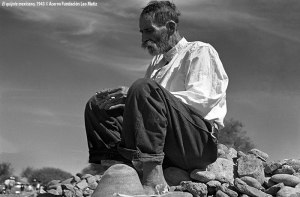 Exhibition of 81 photographs by Colombian photographer and photojournalist Leo Matiz. Matiz established his reputation with his work in Mexico between 1941 and 1947, when he photographed artists and muralists such as Diego Rivera, Frieda Kahlo and David Siqueiros and became a close friends with José Clemente Orozco, as well as Latin American film stars and intellectuals and Spanish film directors such as Luís Buñuel. He subsequently mounted photographic campaigns in his native Colombia and in Venezuela in the 1950s, which were reproduced in periodicals such as Life and Paris Match. The exhibition also includes drawings, caricatures and Matiz’s notes to provide a context for his work.

ARTES
Create a free website or blog at WordPress.com.